Shri Jagadguru Adi Shankaracharya is an Avarat of Lord Shiva

The Supreme power assumes form from time to time to bring erring humanity back to the correct path. Leaving His all pervading spirit unaffected, He incarnates choosing a form, place and time. The form and nature He takes will depend on the cause and circumstances leading to the Avatara. Avataras differ in the vehicles or medium through which the Supreme manifests itself, according to the requirement. This is understandable as whenever we find the emergence of a great personality of Superhuman strength advocating or championing the cause of the eternal principles and values of life and Dharma and achieving great things, we are apt to call it an 'Avatar'. The ultimate purpose of an incarnation is always the re-establishment of right values, of Dharma in the world. Accordingly, we accept Sri Adi Shankaracharya as an 'Avatar' of Lord Shiva. Sri Bhagavatpada Shankaracharya, was not only a great thinker and the noblest of Advaitic philosophers but he was essentially an inspired champion of Hinduism and one of the most rigorous missionary leaders in our country. No matter what superlative we wish to apply to Adi Shankara's genius, words would scarce suffice to describe even an iota of the mystic we know as Shankara!

When the Vaidic mode of communion with the ultimate was in jeopardy, with the rejuvenation and reassertion of its wisdom being a pressing need, Adi Shankara strode like a majestic lion across the country taking all other lions in his stride and converted even die hards making them opt for the path illumined by Upanishads, such a powerful leader was needed at that time when Hinduism had been almost smothered within an enticing entanglements of atheistic views and consequently the Hindu Society came to be disunited and broken up into numberless sects and denominations each championing a different new point and engaged in mutual quarrels and endless argumentations.

It was into such a chaotic intellectual atmosphere that Sri Shankara brought his life giving philosophy of non-dual Brahaman of the Upanishads. It can very well be understood what a colossal work it must have been for any one man to undertake in those days, when modern conveniences of mechanical transport and instruments of propaganda were unknown.

Also as a peerless mystic, Adi Shankara could well have united his ambit to only the fortunate ones. He could as well have been totally reclusive and stayed away from it all. Yet, he chose to illumine the path of divine in an exemplary manner propounding his wisdom among even the uninitiated common, ordinary people, in a manner suited to the listener's capacity. He was fully awakened and totally aware of the intricacies of the unknown, yet he was humble and wise, as only the truly great ones can be.

In His missionary work of propagating the great philosophical truths of the Upanishads and rediscovering through them the true cultural basis of our nation, Acharya Shankara had a variety of efficient weapons in his resourceful armory. An exquisite thinker, a brilliant intellect, a personality scintillating super think tank with the vision of Truth, a heart throbbing with industrious faith and ardent desire to serve the nation, sweetly emotional and relentlessly logical, Adi Shankara was the fittest Spiritual General to champion the cause of Upanishads. It was indeed a vast program that Shankara accomplished within the short span of 20 effective years for at the age of 32 he had finished his work and had folded up his manifestation. From masculine prose to feminine soft songs, from marching militant verses to dancing songful words, be in the halls of Upanishadic commentaries or in the temple of Brahmasutra expositions, in the theatre of his Bhagavad Gita discourses or in the open flowery fields of his devotional songs, His was a pen that danced to the rhythm of His heart and to the swing of His thoughts. But pen alone would not have won the war of culture for our country. He showed himself to be a great organizer, a far sighted diplomat courageous hero and a tireless servant of the country.

Before the advent of Sri Shankara numerous ritualistic cults engendered unclear practices which cried for reform. Sri Shankara completed this task. He gave them a new, purer and purposeful outlook. Working through its own tradition, each system or cult was helped to discipline mind conduct and practices, to be able to progress with the higher forum of truth. The evils were cleansed in the practice of rituals and a place was assigned to each cult in what may be described as a `federation of faiths' with the prospect of leading its rotary to the understanding of Upanishadic ideal. Refinement of religious beliefs and practices leads to refinement of character and social respectability.

His message in a nutshell

The message that is contained in elaborate discussions in the Bhashyas of Sri Shankara is often succinctly expressed in a century of verses, in ten verses, in one verse or even half a verse. He has reconciled the seemingly contradictory conclusions of the Upanishads and in the integrated view that He has presented the eternal, impersonal, consciousness Absolute isthe Brahman, the one without a second. By His power which is inscrutable ( अनिर्वचनीया ) and called maya, or mitya, He appears as the universe, conditions by space, Time, etc., that are ever changing. The jiva is not different from the absolute Brahman, but due to Upadhis appears to be different and subject to limitations. The Upadhis limit comprehensions and are unreal like limitless space appearing like room space, pot space, etc…

Once the conditioning factors vanish, jiva is seen as one with Brahman as taught in the Mahavakya of the Upanishads. The Knowledge of this oneness is liberation or moksha. Karma and Bhakti help from a distance in the attainment of Jnana by bestowing the needed mental purity when done in a spirit of dedication to Iswara.

In His Bhashya on the topic of meditation, Sri Shankara clearly differentiates the qualification between "seeking to scale yoga's peak " and "having scaled the same". He maintains that one who has ascended the yoga has to simply maintain this equipoise, i.e. till chitta shuddhi is ripe enough to maintain the meditational equipoise, karma has to be done by all in nishkama spirit as a dedication to God.

He has also declared in many places that even the obligatory works done in Nishkama spirit have punya as the fruit. He said that any karma done, having been dedicated to God may not bear fruit is improper, indeed such dedication should make work non-fruitful besides bestowing the required mental purity. He Uses the word "फलसंकल्पस्य चित्तविक्षेपहेतुत्वात्",- in this Geeta Bhashya i.e. mental clinging to the fruits of actions distracts. Therefore any doer of actions who has given up mental clinging to the fruits is a yogin, his mind concentrated, not being distracted. Hence Karma Must not be neglected.

Though Brahman alone is Absolute Truth (Paramarthika), the knowledge of the objective universe – erroneous form the highest stand point – can still be considered as a relative kind of truth for worldly transactions e.g., a mud pot, though a mud, can still be retained for keeping the water in it.

Every one of the several schools which developed in the past Shankara age, bears the influence of Sri Shankara's teachings in one form or other. His message boils down to the formula – natural growth, assimilating what is compatible and `co-existence' with what is incompatible.

Though gifted with miraculous yogic powers, the Acharyas of old, never found leisure in their life time to write their autobiography. Self effacement was the very spirit that governed their life and activities. And yet Sri Adi Shankara was not averse to using his yogic powers for temporal uplift of the unfortunate, as for instance, in his permanently enriching a poor woman by instant composition of the Kanakadhara Stotram, a hymn in praise of Goddess Mahalakshmi, which made Goddess shower her bounty in the form of golden amalakas into the house. Such instances of Shankara's innate, boundless mercy abound in his short but effective life spans. The mysterious phenomenon of lotuses blossoming forth underneath Sri Sanandana's feet, as he strode across the swollen Ganga on hearing his Master's call out, even on others in the group scrambled towards the boatman, is well known. The leadership here, really would be demonstrative, yet remarkably silent and effective use of his yogic powers to emphasize the qualities of Sri Sanandana, who certainly deserved his Guru's grace.

Yet another significant aspect of brilliant leadership is vision and versatility which Acharya Sri Shankara personified in no mean measure, well versed in all shastras, endowed with razor sharp intellect and being dedicated to spreading his message to all, Sri Shankara's futuristic vision is apparent in the methods employed for propogating the splendor of truth. Direct contact with people, through interunity travel, culminating in the establishment of the four vibrant centres of spiritual learning to cover the entire country.

Establishing 4 maths in the four quadrants of our country, opening temples, organizing halls of education, this mighty master left nothing undone in maintaining what he achieved. Among the four Maths two of them in the East and West were set up on the sea shore, while the Maths in the North and South were set up in the mountain regions. Sri Sureshwaracharya, who hailed from the north was placed in charge of the Math in the South, while Totaka from the South was sent to Badri in the North. He made it mandatory that the Nampootiris from Kerla should perform Pooja at Badri, while the Brahmins from Karnataka were assigned for Nepal. Likewise He ordained Maharashtra Brahmins to do Pujas at Rameshwaram. This shows what a broadmind He had when it came to leadership in matters of national interest.

Men of realization are of two classes. Some continue in their state of self absolution. They are charged with spirituality to their finger tips and they silently radiate spirituality to others.

Others choose to live in the world, but are not of the world; they love men and objects of the world, not in deed for themselves, but for the infinite in them. By living in their proximity, by speaking with them, one can understand more than what texts could provide. 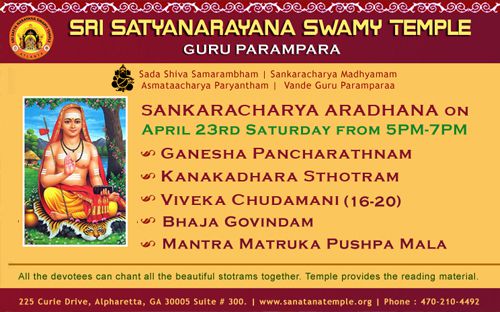 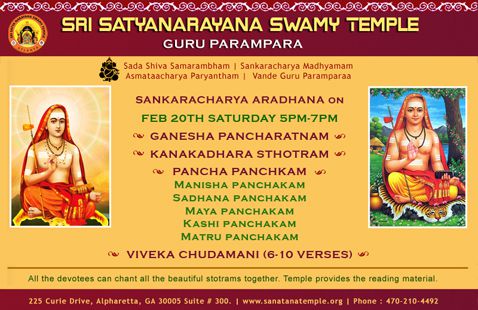 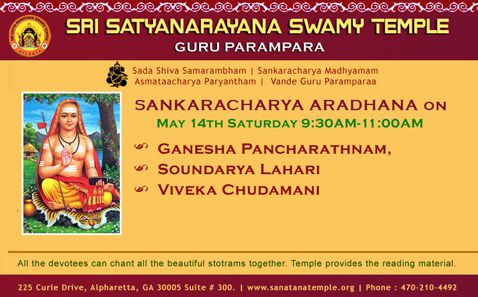 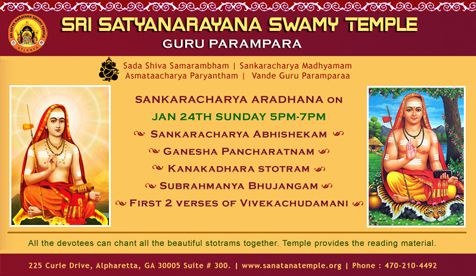 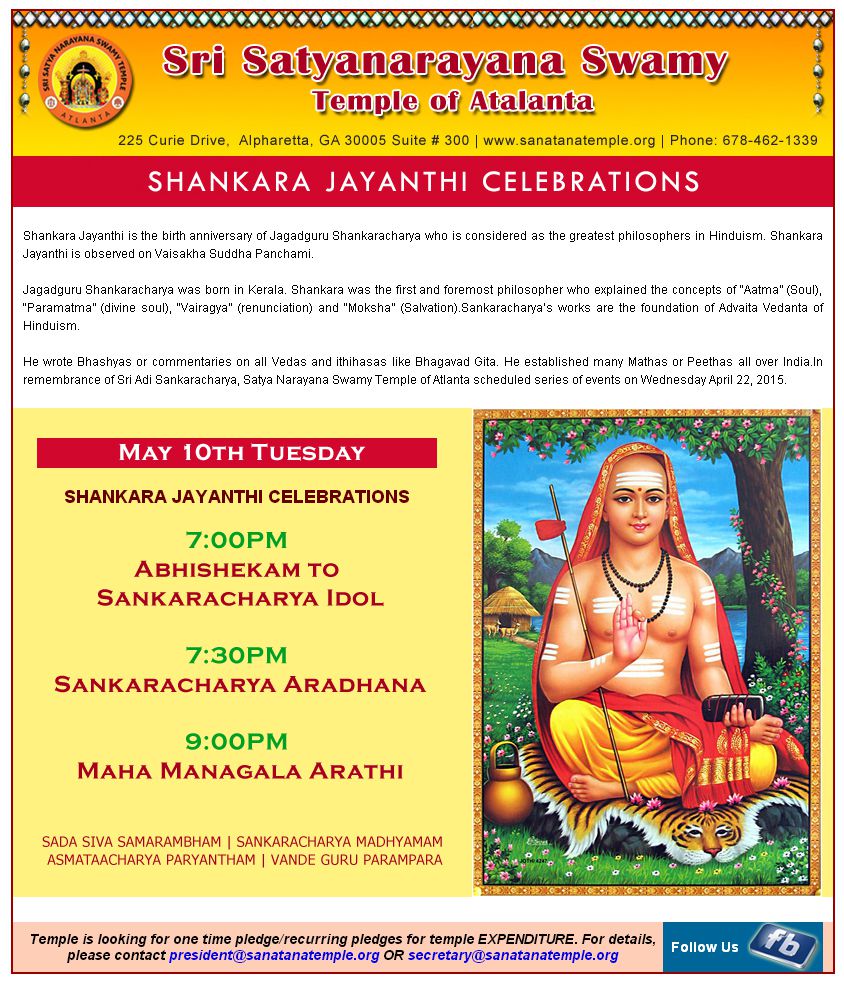